The Day-Z phenomena made Arma 2 sales sky-rocket. At its peak, the game was in the Steam top sellers chart for seven weeks and 300,000 additional units were sold within two months of the mod’s release.

The complete collection that launched today is the “Perfect choice for all new DayZ devotees!” and is for “fans new and old”. Priced at a healthy £24.90 the pack is a decent deal for new players and offers something for owners of the original Arma 2 game. It includes the Operation Arrowhead standalone expansion required for the Day-Z mod to be played and the Private Military Company DLC which adds textures for the player model and several objects within the mod. 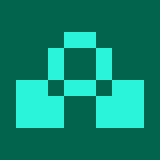 Philosopher of video games and the internet. A wise man once told me "I'm here and I'm ready. They're not. Bring it."
More Posts (90)