If, like me, you’ve finished Torchlight 2 and have a max level character  you must be itching for some new content.

Torchlight 2 is a top down dungeon crawler made by the folks over at Runic games. Even though it will take you around 70 hours to reach the max level of 100 on just one character, the endgame is pretty dull to say the least. Once you’ve finished, you result to doing the same dungeons over and over again with the hopes of finding a legendary that has around 0.0004% of dropping. Sound fun? Nope. Well, that’s all about to change.

A mod that is currently in beta called “Synergies” aims to make the endgame of Torchlight 2 a lot more fun than it used to be. Not only is a new class introduced, but there are new skills being added to existing classes. That’s not all. New dungeons and mobs are added to the game so you can test your slaying skills to the brink with your level 100 character. Although the mod does focus a lot on endgame, it doesn’t only cater for that level of character  New status effects are added to existing spells and new monsters are placed around the world of Torchlight 2, effectively making this mod a full overhaul of the game.

I know, right now you’re thinking “Aaron, where can I get hold of this bounty of new content?” Right here of course. Oh, and did I mention it’s completely free? 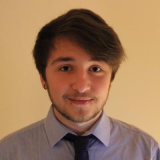