In Today’s Pokemon X and Y Focused Nintendo Direct it was announced that the previously Japanese Exclusive Pokemon themed 3DS XL will be hitting North America and Europe on 27th September.

There will be both a Red and a Blue edition of the XL, pricing has yet to be confirmed.

Pokemon X and Y will not be bundled with the 3DS, as X and Y launches a couple of weeks after the 3DS XL.

Pokemon X and Y releases Globally on the 12th of October. 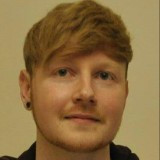