Good news, Bloodline is a step up in quality from Shadow Heritage.

And despite the controversy of the last episode, this one ended up being surprisingly well-rounded. While none of it makes up for the way the whole storyline was thrust upon the player, you can take some solace in the fact that this half of the Season Pass does manage to stick its landing.

Though it certainly isn’t plain sailing getting there.

To begin this DLC, you’ll need to have completed both previous episodes ‘Hunted’ and ‘Shadow Heritage’

You need to be at least Level 30, though it is recommended you’re at Level 43.

Due to the nature of this review, episode spoilers will follow

Bloodline continues immediately after the events of Shadow Heritage, more or less. It takes into account that you’ve probably been out doing Misthios things since Episode 2, like sailing your ship through uncharted waters and fighting an arena’s worth of armed guards, then plonks you right back into the story with Darius, Natakas and Eagle Bearer Junior.

Something’s different, though. Darius seems a bit hardened towards you, bemoaning your treatment of ‘The Simple Life’ and the way you’ve gone back to living life in the name of Drachmae. He tries to emphasize the importance of family, a thread which has played a significant role – for better and worse – throughout this DLC.

But it’s ok, because after a little heart to heart you get to play hide and seek with baba, and scurry around the beach looking for seashells with bae. You can do family, you’re totally good at it. Life is simple, after all.

On that point, Ubisoft have added in some dialogue to try and smooth over what happened last time out. With the recent changes to Shadow Heritage, you can make clear to Natakas that ‘you’re only doing this for the bloodline’ if you want to, and that point can also be made here, though it’s soon followed by frolicking and laughter. So it sort of feels like he either isn’t taking it personally, doesn’t care, or he just doesn’t believe you. Not a good look any which way.

It becomes clear very early on Ubisoft are just continuing their story as if nothing happened. The problem is that there’s no further explanation from what we’ve already got, or barely any attempt to develop the relationship beyond a line of dialogue or two. It’s as if Ubisoft are trying to forget about it themselves. Which goes to show that, really, this was all orchestrated as a poorly written means to an end.

Deep down, we all sort of expected that, but it’s disappointing Bloodline ended up proving us right. And understandably, that’s only going to make people more angry, so it’s important to know what you’re getting into before playing if the events of Shadow Heritage upset you.

If it’s any small consolation, it’s not long before Kassandra is back out synchronizing viewpoints and killing things again. It’s what we’ve spent hours upon hours doing in Creed already and it’s undoubtedly where Bloodline is at its strongest. And while it’s not bogged down with awkward glances or coo coo’ing gurgles, the story driving us to the end of this arc is actually pretty solid.

Going further ventures into spoiler territory, of course. You might have some guesses as to what comes next, but we’ll leave that for another article, another time.

Basically though, if we’re doing comparisons then Shadow Heritage is Attack of the Clones and Bloodline is Revenge of the Sith. Learning more about The Order of the Ancients, cut-scenes where you can cut the tension with a knife, all building to the dramatic final conclusion.

And I’m happy to say that the majority of the glitches I’ve mentioned in previous episodes appear to be gone, though the scene transitions still plague the game a bit and there is still an abundance of loading screens. Worse of all, my machine wasn’t able to turn itself off at one point so I was forced to cold-boot. The second time this has happened playing Odyssey, and definitely a moment I won’t relish for a third.

There’s some neat new equipment here to really empower the Misthios for further adventures – timely, really, considering the level cap got raised and there’s lots more quests – and even a brand new move – Fury of the Bloodline – which unleashes a furious flurry that tears into enemies flesh with reckless abandon. It’s suitably bad ass.

Best of all, there’s Epilogue esque quests to complete once the main arc is over, with permanent features added in the game world to commemorate the events of Legacy of the First Blade. It’s a nice touch, ensuring Bloodline has some decent longevity, even though you can breeze through the main story in just a few hours.

Ubisoft seem to want to try something different with DLC, tieing it directly into the overall story, as opposed to designing standalone, side-content that has no bearing on what you do next. They want it to link seamlessly, remain relevant and stay lasting for as long as you’re in the world, which makes it even more of a shame that they bungled it with Shadow Heritage because most of us would be quite happy to forget that ever existed.

With Fate of Atlantis next up, it will be interesting to see how Ubisoft approach a second round of content, where and how it integrates, and most importantly, what lessons they’ve learned. If Bloodline is any indication, there’s cause for both optimism and dismay.

+ Surprisingly good storytelling
+ Gets back to the action in a good way
+ Fury of the Bloodline is a great, effective move and nice new gear
+ Epilogue Quests and content integration with base game smartly executed 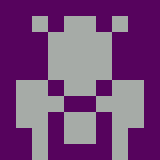 Sam grew up with a PS2, spending hours howling at the moon in Okami and giving students wedgies in Bully. Fortunately, she also likes Pokemon because otherwise life could have been quite annoying for her.
More Posts (185)