The standalone DayZ game has had its twists and turns to say the least, but Dean Hall has given us an update on what is going on with the game on the DayZ Blog saying how they have completely rebuilt the popular mod.

The experience will be entirely new. There is virtually nothing that has been directly ported from the mod, everything has been redone. This wasn’t our original intention (hence the December deadline) – but it has evolved this way. We’re all glad it has!

They have been working on developing the characters, environment and also mentioned how they will be making Muliplayer a server based platform. Looks like the game is still going to take a while, but to quench your thirst, Dean and Co. have released some tasty screenshots for you to check out showing the development of the world we will be surviving in. Arm yourselves, the dead are coming. 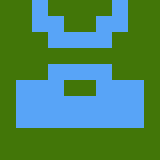