The presence of fully-featured 3D in our entertainment circle is long and established. There’s an extensive library of 3D films at the cinema and 3D TVs are becoming more of a mainstay in homes.

It’s a multi-million dollar business for films, with the IMAX environment becoming a more popular way to see Spider-Man swinging between buildings and supernatural entities submerging from oceans to tear a city asunder.

So it would seem a logical assumption that 3D as we know it can work for games, right? It’s a natural fit, surely. The weird and wacky worlds we’re exposed to, the high-budget set-pieces, the action and adventure. It all makes sense. Except time has proven the complete opposite and 3D within gaming continues to fail dramatically. Even Nintendo who released a self-sustaining, 3D-capable handheld device have resorted to releasing a non-3D version of said handheld in order to help shift more units. The build-up to that saw them make less and less of the 3D component in their games, spending more time focusing on other 3DS features.

I suppose we shouldn’t be too surprised. It has taken decades for directors to finally find a happy medium between film and 3D as we know it. We’ve had years of false-starts and hopes. In fact, many assumed 3D was dead and buried back in the 80’s when another failed concept tried for mass-production. Clearly, we were wrong.

But even though the 3D business is finally enjoying an all-time high, once more, income is starting to plummet and looks certain to crash. With this surely being the last chance for 3D as we know it to remain relevant, can it ever really be a main-stay in entertainment, or are developers finally giving up the ghost and waiting for the next level of immersion, Virtual Reality, to sweep us off our feet?

Would you believe we’ve been trying to make 3D entertainment since 1890? Back then, William Friese-Green patented the 3D movie process. His idea was to project two films side by side on the same screen. The viewer would need to look through a stereoscope – thus the name stereoscopic 3D – in order to see the two images come together. However the cost implications for this were far beyond standard theatrical use, thus making the idea impractical.

In 1922, a 3D film was shown to an out-of-house audience using a special dual-strip projection that required audiences to wear specialised glasses. However the film failed to catch on and was never booked for viewing anywhere else. Interest in 3D films was minimal back then, and while there were many prototypes, most never took off.

It wasn’t until 1952 – otherwise known as the ‘golden era’ – that 3D really got going. The first ever colour stereoscopic feature was released to theatres using two projectors simultaneously to recreate the effect. This time, 3D really surged and immediately saw several films release shortly after. Even Walt Disney Studios got involved, producing the first ever 3D Western. But it didn’t take long for the 3D fad to once again burn out in 1954. In fairness, however, this was mostly due to technical difficulties. Critics claimed the quality was hard on the eyes, mandatory intermissions were required, then there were issues with sideline seating, and the prints had to remain identical after repair.

The fits and starts continued. 3D came back again during the early 60’s and actually lived on in single strip format until the mid-80’s. But once again things lulled and 3D slumped.

It wasn’t until 2003 that things started to pick up again, which brings us to the mainstream resurgence of today.

As you can see, this isn’t the longest period of time 3D as we know it has remained in circulation, but more than ever, it feels as if producers are trying to ram the effect into our eyes and ‘force us’ to love it. In fact, a film critic believes that distributors limit the availability of 2D versions and make 3D versions more readily available, therefore mass-piling them into the majority of theatres whether audiences like it or not.

But even if that is the case, it still doesn’t seem to be enough. In 2011, a record total of 47 3D films were released, which is surely a sign that 3D is here to stay. And yet, industry observers noted a considerable lack of audience interest. Major Pixar sequel, Cars 2 only saw 37% of its opening weekend box office earnings from people watching it in 3D. Captain America managed to do a bit better and captured 40% of its audience in 3D, and Harry Potter and the Deathly Hallows Part 2 did the best, but still only managed to claim 43%.

Which brings us back to gaming. With only a limited run of games on Playstation 3 and PC games offering up 3D versions, and only several new-gen interpretations of last-gen games offering it out of the box, has the video-games industry already written off 3D? Nowadays, there’s more of a buzz about Oculus Rift and Project Morpheus. Even Microsoft have started talking about a prototype VR headset which could be used for Xbox One. Yet these ambitions for mass-market still seem a few years away, whereas 3D is very much active and achievable right now. If you look at the 3DS, every game can be viewed in 3D and without the need for additional hardware or glasses. And it can make a game look even more aesthetically pleasing. Seeing Mario’s 3D world come to life, from the back of the screen to the front, really pulls you into the experience even more. Then you have games like Luigi’s Mansion all about atmosphere and effect, drawing you into the haunted mansion, bringing the ghosts up close and personal.

But you can see that effect also working on the big budget titles, like Batman Arkham City and Uncharted. And on a much bigger screen, of course, you’re sucked into the universe even more. Understandably though, games are more motion-driven than films and 3D can be so much more disorientating when you’re flicking a camera from left to right, or trying to fight enemies from all-sides. It also doesn’t help that 3D unleashes some horrendous side-effects, such as motion sickness, dizziness and even disorientation. Many people wouldn’t choose to put themselves through that willingly, especially not for eight to ten hour gaming sessions. Without breaks, who knows what other damage that could cause?

It is also believed that at least 12% of people can’t see 3D images, so from a mass-market perspective, there are already several reasons why 3D would never be the predominant way to play a game, even if it is a neat feature or cool addition to have.

It doesn’t help that most developers are already on a strict deadline and busy sculpting a world, preparing their product and trying to get it in the best shape possible. To complicate matters, 3D systems actually cut down the brightness of the pictures, sometimes as much as a whopping 88%, which surely wouldn’t make the development process any easier.

Therefore, based on the above-figures, 3D support would never be a top priority. It’s something developers could considering patching in after the fact, but they’re never going to go out of their way to make it available ‘out of the box’. And in 2014, with the negatives once again outweighing the positives, have we finally had enough of 3D as we know it? With its reputation once again dwindling in the film-industry, is the gaming industry its last chance to stay relevant?

If it is, and developers are already looking ahead to Virtual Reality, could it finally be time to say goodbye to those stupid glasses and distorted images and hello to a full-on, mini-screen-in a helmet?

3D entertainment seems to be the one invention that keeps getting away from us. First, we couldn’t technically sustain it, then we tired of it, now we seem to have outgrown it. We always want to get closer to fiction as it sometimes helps us to forget the hardships of reality. 3D as we know it does let us get closer to characters we love, and it tricks us into thinking we can interact with alien environments and scenery in ways we can scarcely imagine in our hopes and dreams. But people are wiser now and our technological needs are greater. The element of illusion is no longer enough to satiate our desires. We feel the need to interact and engage and be a part of an experience in order to truly capture our imagination.

And so the path to Virtual Reality becomes clearer, and the long, hard-road of suffering for 3D seems like it may have finally run out of track.

Whatever happens, one will cancel out the other as neither can truly co-exist.

Do you believe there’s still time for 3D to become a crucial part of our gaming lives, or even a semi-comfortable alternative to the modern-day full-HD experience?

Should we give up and invest all our time and energy preparing for Virtual Reality?

Have your say below… 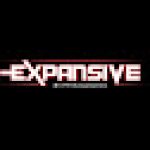 Rumble in the Jungle

The not so final fantasy

Putting in the Fantasy in Fantastic