On FaceBook recently a group I subscribe to for retro game news had the following question:
“With all the games you own and so little time… How do you manage your time between work or school, family, food, gaming, etc… i need to hear the secret so i can get more gaming in… —- Brent”

My brief reply was “I made gaming my job.” Then later explained that “I teach game design.” I’m rather lucky in this regard.

A former boss once told me “If I come into your office and you’re not playing a game, then you’re not working!” I laughed at the time, but took to heart his implicit support, which attempted to counter the muttered complaints of Engineering and Computing colleagues, who seemed to think playing was all I did.

Sadly, this wasn’t the case. I did play games more back then than I do now, but it was never the majority of the time. Furthermore, what I played was either determined by suggestions from students (“What they were into.”) or hidden gems I discovered for myself (“What they should be into.”), all of which fed into a ‘Gaming Culture’ we were trying to seed in our students.

In a way, the idea of a gaming culture is the secret to Brent’s conundrum. Yet there are more ways to achieve an increase in gaming time than many have suggested. The reason wives, spouses and children (as well as the dreaded work and responsibilities) take time away from gaming is because other people need that time.

Family time is the glue that binds social relationships. It’s the same, in an odd way, for work commitments. The key is to find ways for games to fulfil that social obligation. One way is by the good old board game. Several game journalists, Ray included here at Expansive, have recognised that ‘game literacy’ requires a diverse set of experiences, including board and card games, which capture the abstract essence of many video game designs. Did you know many developers ‘paper prototype’ even first person shooters prior to development?

We aren’t talking Monopoly here, but there is a wealth of amazing board games available. And the great thing is that time spent on these with partners and children, and even the in-laws, hits that need/desire for gaming, while acknowledging quality time. “The family that plays together stays together!”

You never know, reluctant spouses might see more benefits in play than just thinking your console time is wasted, lost hours. My own observations of cranking up an original XBox to play Halo with my teenage daughters, now just old enough, has been a bonding experience! While I’m likely never to convert my wife into a game pad wielding FPS player, she has seen this ‘Daddy/Daughter’ time as really productive. WIN!

How do you manage your game time? Are you getting enough? 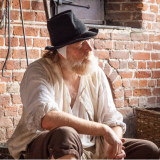