Edge of Reality have done a good thing and listened to their Community. In Upgrade 2.0, we have a new map, Spires and a new game mode, Domination.

On top of that, there are a few more weapon bits, more clothes I can’t have (micro-transactions aren’t my bag) and bug fixes. However, I’m here today to give you a run through of the “game” bit; you can play dress-up in your own time.  Unless, of course, anyone wishes to send me some in-game items and I’ll gladly look like a fool for free.

Upon first Loading up Loadout, all of my past achievements instantly popped up in the top-right of the screen; these can be viewed on your Steam profile outside the game. That was a nice surprise.

But I’m here to play and I know there have been many problems with getting to that point since launch.
I ticked ready and noticed straight away that the Lobby timer has practically been halved to around a 40 second wait time between games. This made me beam as it’s much better for players like myself who cannot abide waiting 80 seconds for that one player to sort themselves out

Lucky for me, the new game-type, Domination, came up straight away, so in I went.  If you don’t know the rules of Domination, check out the video below.

There is nothing amazingly new here, except we’ve got the Loadout stamp on it so it’s fast, frantic and nasty.  What spoilt the game, however, was a possible botter. Others were screaming, “Reported!” yet he continued to play and bad-mouth other players unmercifully. With all the security bot software out there, it’d be a shame if this were a true botter.

An Extraction game came up next on a normal map, so this gave me the chance to see if there was anything I could openly notice in the look and feel of the game. The first thing that caught my eye was the “Extractor” icon no longer glows as brightly, which made it easier for people to see me to hunt. Also, I couldn’t replicate the fall bug that sometimes happens to me (it’s not listed in the bug fixes though).

Generally, though, the game all ran smoothly.

I played a few more rounds, waiting for the new Spires map to arrive. It finally showed up on a ‘Death Snatch’ game. My first impressions? It’s big! If you’re a Sniper, you’ll love it as there are numerous high ramps and corners. There are also limited health and recharge packs so you best learn quickly how to hide from the shots.

I suffered no crashes or Lobby drop-outs, which was a fairly frequent issue for me in the past and was a major reason why I would walk away from Loadout for a couple of days.  It’s pretty clear that the Edge of Reality Developers are listening to the Community and are making considerable changes within game; plugging cracks when alerted to them.

There are just a few things I’d like them to look at: their security for botters and perhaps start thinking about adding a Map Editor as that would really help build a community. 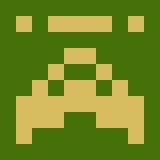 Overcooked 2 Gourmet Edition serves up base game with all DLC

Oooo thiiiis is the niiiiight

Suiryu joins One Punch Man as DLC from tomorrow

Suiryu sure you’re not Ken?

PlayStation 5 Controller DualSense has been unveiled and it’s beautiful

These Wisps have Willpower