Shh…Can you hear that? Better not blow that whistle just yet…The hunt is on once more!

Yes, Red Barrel Studios have graced us with another installment in the pants-wetting, heart pounding terror-fest known as Outlast. Once more you’re placed into the creepy asylum filled with (surprise, surprise) distinctly crazy blighters. And again, not all of them want to play jump-rope with your intestines…But quite a lot of them certainly want to play basketball with your head, throw you out windows, or just make you sit in a locker for half an hour and wet yourself in a manner quite remiss of Otacon from Playstation’s Metal Gear Solid.

This time around, though, you’re already inside. Who are you? You’re the chappy who blows the whistle on all the shady goings on within the Asylum. You probably saw that coming, just from the title I’m betting. It starts out with a bit of obligatory plot, of course. You’re an engineer, you blow the whistle, things go down. The objective from then on? Get the hell out of Dodge. Oddly familiar, don’t you think? Indeed. The premise of the DLC is almost identical to the main game. Starts out with some plot, and then it all goes out of the window in the face of your attempts to break out of the loony bin.

The game really is more like a few extra levels of Outlast, than an expansion in it’s own right. There’s no difference between the character from the main game, and who you play now. The gameplay is exactly the same, and the levels themselves feel rather…Re-used. Of course, there’s a couple fresh (or not so fresh) faces lurking in the shadows as well. You thought the Surgeon was nightmarish? You’ve not seen anything.

Despite this, though, I had no qualms playing the DLC. It delivers everything the first game did. Which is a few hours of tense and frightful gaming, with a few cringes of pain every now and then thrown in for good measure. Once again, I finished the game, and still had adrenaline pumping through my veins for the rest of the night. In hindsight, I probably shouldn’t have played it just before going to sleep…Again.

All in all, if you liked Outlast, you’ll like Whistleblower…Or even if you hated it, and just played through, driven on by a suicidal need to terrify your heart into having a meltdown.

The hunt is on. Will you succumb to the terror? 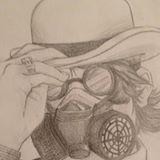 No quarrel with more Quarry

KLONOA knows how to celebrate