Reaper – Tale of a Pale Swordsman is ostensibly an Action-RPG, although it’s more of a Hack and Slash action game with RPG character building mechanics and a sort of quest-based storyline tacked on for good measure. Essentially a direct port of the mobile version, it offers frantic side-scrolling combat, extremely stylish and polished graphics and arcade-ish pick up and play gameplay in an unusual and interesting fantasy world.

The game comes with two modes; ‘Wilderness’ is the most traditionally RPG styled mode available, giving the player a rudimentary overworld to move around, experience points to be earned and various quests to pick up and battle through whilst ‘Dark Harvest’ is – from what i’ve gathered – the game’s original form; a linear series of battles with store visits between each bout and character level-ups after set numbers of battles. The game takes place in a fantasy jungle setting, somewhat inspired by the western colonization of South America, in which a magic-equipped native population must fend off the steampunk-enabled forces of an imperial oppressor. The player plays as a mysterious swordsman who simply turns up for some reason – fate, most likely – and the player is given the opportunity to play the two sides against each other however they like, while a far more concerning demonic invasion brews quietly in the background.

Unfortunately, as is so often the case with mobile-to-PC conversions, the game’s controls are somewhat unwieldy. As with the vast majority of sidescrollers, players control the swordsman with the arrow or WASD keys and using the spacebar to jump, but – presumably in the place of gestures – the player also attacks with the same keys. Pressing up will result in a swipe that may throw enemies up into the air, pressing down delivers a powerful blow, pressing down whilst in the air delivers a sudden downwards blow that affects anything within a certain radius. Double tapping the spacebar will result in a whirlwind attack, turning the swordsman into a powerful flurry of blades that bounces upon contact with anything doing serious damage in the process, and double tapping either the left or the right key will cause the swordsman to dash in that direction.

All of the aforementioned attacks deal extra damage when the player has accumulated rage points beforehand. Rage points are earned automatically as the player repeatedly uses the most basic attacks against the enemy, an action performed by simply standing next to a foe. This, unfortunately, does not make for very compelling gameplay. Aside from being unintuitive, the result is a game that lacks a certain amount of the direct visceral enjoyment of other similar games; taking the button mashing out of action games renders them a more dumb and passive experience.. The game also suffers quite badly from the existence of the double tap dash move, which has a habit of activating precisely when you least need it, thus wasting your rage. This is remedied somewhat by pluggin in a controller and using the game’s much more intuitive secondary control system. However, doing this results in the map and menus becoming massively unintuitive and practically unusable instead.

The keyboard controls become especially problematic when avoiding the various obstacles scattered around each stage for the player to contend with. The world of Reaper is one of spiky plants, burning braziers and, most annoyingly, massive pits that take a serious amount of your health should you be unlucky enough to fall down them. Any non-pit object either get in your way, with landing on it simply causing you to bounce ineffectually – forcing you to either meander your way around in order to get to enemies underneath or waste a perfectly good point of rage on dropping down – or, in the case of those obstacles with spikes, bouncing you ineffectually while damaging you in an almost imperceptible manner. The worst designed of all the game’s various objects, however, are the braziers which, rather than being the decorative items they would normally be in any other game, actually damage you constantly simply for overlapping them in any way.  And, of course, you can’t slightly nudge your character out of the way when using the keyboard because it’ll be picked up as a dash attack, usually propelling you directly into a mass of monsters you didn’t want to be surrounded by, or down yet another one of those blasted holes.

And even if you do eventually get the hang of it, the game is horrifically repetitive. You’ll see the same handful of enemies hundreds of times within a couple of hours as the game starts throwing them at you in greater numbers. While there are certainly new enemies gradually added to the mix, far too many of them are simple recolours of other enemies, or simply too tactically similar to old enemies to make much of a difference.

Ultimately this is a shame as, clunkiness and repetition aside, there’s quite a lot to like about Reaper- Tale of a Pale Swordsman. The game’s art style is distinct and appealing, utilizing pastel colors in a way that really draws the eye, and the game’s dialogue is smartly written and occasionally funny. The level up system, where you choose perks each level from one of three randomly drawn cards, works very well and there’s a good selection of weapons and armours to purchase and equip – many of which are visible on your swordsman in-game – and it’s a shame there just isn’t a more compelling game connected to it.

Reaper – Tale of a Pale Swordsman is a well-made and wonderfully presented, but ultimately shallow experience. Its combat always tends towards a dull sense of chaos, and its idea of increasing difficulty is adding more enemies. As a piece of entertainment software it’s quite likeable, but not particularly enjoyable.

(These grades assess our playthrough, taking into consideration how many (if any) bugs were encountered, whether there were any interruptions in gameplay and the product’s final technical state. These scores, coupled with the Final Analysis and Areas for Development, are suggestions for future patches and updates which the developers could (and in our opinion, should) explore. These scores are separate to our DLC/Expansion Reviews but link into our Patch/Firmware Reviews.)

(These scores are not designed as a grading system to determine the entertainment value of a product and should not be treated as such..) 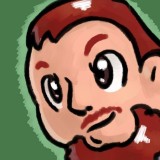 Sword fighting at its best

An old enemy for the new friends

I love being the Mastermind in Resident Evil Resistance

While Pokémon GO continues to flourish, Wizards Unite is beginning to flounder