As the reviews poured out for Krillbite Studio‘s first-person-toddler horror game, it seemed critics were divided on how well the concept works. From Polygon’s respectable 7/10 to to Eurogamer’s sub-average 4/10, it’s clear there are flaws in the game.

But I have no regrets sticking down my $20 to help the developers get the game finished – and also receive a copy should it be  ever be completed. There’s been a lot of coverage on the problems with early access and Kickstarter games. Customers have hit back at issues, such as not receiving products, early builds being next to useless or any number of other problems. But that’s not what these backer schemes are for. The mentality of backing them expecting a product – especially at the earlier stages – is part of the problem.

Quite simply, I backed Among the Sleep because I wanted to see the concept of the game explored. This is an opportunity to support an idea which has never really been done before, something new, and that was enough for me. Incidentally, I also got my name in the credits, which was pretty neat.

My own view is not so much whether Among the Sleep ended up as a final product, but rather I felt that it needed to be made. The indie games industry has never been about AAA, hyper-polished products tailored to mass audiences, it has always been about exploring the edges of what games are. From stripping down the concept of video games to their bare minimum, like Flappy Bird, to explorations in storytelling you get from The Stanley Parable, indie games are able to examine the term “games as art” in ways only they could get away with.

Thomas was Alone, Goat Simulator 2014, Guns of Icarus… the list goes on and on of indie titles that dare to try something new, from minimalism to sheer satire and team based multiplayer. These are all the reasons why indie games are not only great, but vital to the health of the wider games industry. They prove that daring concepts not only work, but can be successful… and quite often, you’ll see some of these ideas trickle down into the AAA titles. Much like the technology in motor sports, it eventually makes it into everyday commercial vehicles.

Having played through and completed the game in less than three hours, it’s clearly less-than-perfect. The twist at the end hit me hard, as humanising an element of an otherwise surreal horror experience, but throughout the game I felt there wasn’t enough exploration of the altered world a toddler sees. As a soon-to-be father, I have to say the game gave me pause for thought as to how Bump will view its surroundings when everything is new and scary.

Perhaps it’s just a symptom of the university project origins of the game, but there is so much more Krillbite could visit. This is one of the few games where I actually find myself hoping for DLC – Skyrim was another, but that’s another story. Why not have two toddlers that have to work together? Discover the wider world with our little hero? Meet his other talking toys along the way?

Ultimately, I feel that the developers should be proud of what they’ve done, and like so many other small games companies, they show what the spirit of indie really is, and why these games should be supported. Among the Sleep may be the first game for Krillbite, but I hope it won’t be the last they make about toddler-horror.

NOTE: This article was originally posted on my own site over at justfivemoreminutes.co.uk. 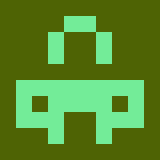 The Switch library gets bigger!

Pokémon GO is going on tour!

Re.Mind to be first and only DLC for Kingdom Hearts 3, new patch available and projects upcoming